I have always heard the word “closure” used by victims of crime, particularly those that involved death. During the O.J. Simpson trial, I heard it used many times by the press and by Mr. Goldman, ie., ..”we want to get some closure to what has happened.” 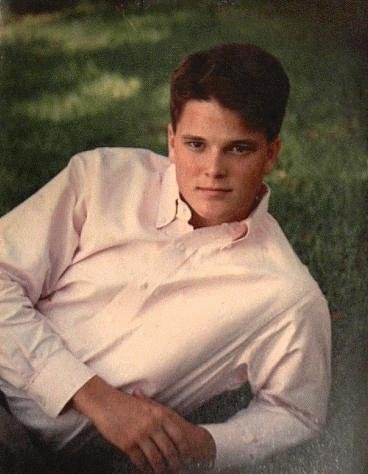 My 21 year old son, Michael, was killed instantly on October 23, 1993 in a car crash. His best friend, in the back seat, was also killed. The driver of the car, who had been drinking and was speeding and driving recklessly, received minor injuries. He was subsequently charged with two counts of vehicular homicide. Evidence was presented in court that he was driving at an extremely high rate of speed with a blood alcohol level of 0.14. The blood test was taken about 2 hours after the wreck. It is safe to assume that the level was substantially higher at the time of the crash. Michael had trace alcohol in his system and his best friend had none.

The wheels of justice grind along very slowly. The courts took more than a year to decide the case against the driver. We attended hearing after hearing….each time having the case delayed by the defense. The defendant pleaded not guilty and was scheduled for trial. The trial was delayed twice before a single piece of evidence was introduced. There was an attempt by the defense attorney to discredit the findings of the blood/alcohol test. The claim was that the driver’s rights had been violated by taking the test prior to reading him his Miranda Rights. It is law in the State of Louisiana that a test is administered, with or without consent, in all traffic accidents involving fatalities where alcohol is even suspected to be a factor. The defense’s test of that law failed. Finally, the defendant changed his plea to guilty. He was sentenced to 6 years per count, to be served concurrently. We had suggested to the probation office that perhaps a “bootcamp” style program would be of some benefit. At a point after that, we received a pretty ugly letter from the boy’s mother suggesting that we were somehow pushing for the maximum sentence. She just didn’t have her facts straight….we were actually trying to help her son. She said that if it were her son that had died, and Michael had been driving, that she would not hold a grudge. I suggested to her that until her son were actually dead, she should not guess what she might or might not do. He was finally sentenced to 6 months in the bootcamp program with the rest of his 6 year sentence to be served on intensive parole. In other words….in six months, her son was coming home….ours was not.

I guess I had bought into the belief that somehow, things would be different after the perpetrator had been brought to justice. I think that is what people mean when they talk about getting “closure.” Somehow I guess we think that if there is someone to blame, then we can put the matter to rest. It’s sort of like thinking that if it somehow “makes sense”….or if the victims get some sort of “justice”….that the pain will finally go away. Since Michael’s death, I have read countless accounts of bereaved people, looking for closure of this sort. I have seen victims on Oprah, shouting for the death penalty, as if having the perpetrator dead will somehow bring a sense of “closure” to the matter.

Here is what I have come to learn from my own experience with this. During the trial period and for some time after, I was processing a lot of anger. The trial and some of the proceedings allowed me to get in touch with that anger. I was angry at the driver, of course. But, I also realized that I was angry at Michael too. After all, he had made some really bad decisions that night that put his life in jeopardy. I had to go through this process in order to get where I needed to be with the anger….to feel the feelings. However, upon completion of the sentencing…I DID NOT have any “closure.” What I did have was the same big hole in my soul….and nothing to fill it with.

It was some months later that the reality hit me. It was not until I could FORGIVE the driver that I would get this “closure” that I was looking for. Forgiveness is different from removing responsibility. The driver was still responsible for the death, but I had to forgive him for it before I could let it go. There was no amount of punishment that would ever even the score. I had to be willing to forgive….without the score being even. This process of forgiveness did not really involve the driver…..it involved ME. It was a process that I had to go through! MY perception had to change….no matter what HIS perception was. 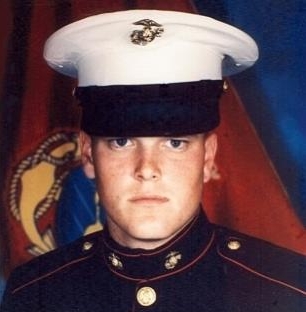 It was a long and painful journey on the road to this forgiveness. And, I had to forgive more than just the driver. I had to forgive Michael….and God (for allowing it to happen)…and ultimately….I had to forgive myself. Really….forgiving myself was the root of my anger. There were many times in Michael’s life that I had driven him places, under the influence of alcohol. This was the key to my forgiveness….to forgive myself. My anger at other people, it turned out, was just my own fear turned outward. I projected my own guilt onto the driver…the courts….God….Michael…so that I would not have to look at myself. The guilt that I saw in them, was just a projection of the guilt that I felt for myself. It wasn’t until I could see MY PART in this, that my perception could change.

Bill Chadwick was married with two children, living in his hometown of Baton Rouge, LA, working in industrial sales management.  In 1993, his 21 year old son Michael was killed by a drunk driver.  During the years that followed, he has been active in his endeavors to help other grieving parents…. especially fathers.  He was the “Unofficial Moderator” of the original Usenet Newsgroup “alt.support.grief.”  Facebook did not exist in 1994 and Usenet served as a precursor to what is known as “Social Media” today.  Bill corresponded with hundreds of grieving parents, offering them a listening heart and support by simply sharing his own experience, strength and hope.  He has authored a number of articles chronicling his experience, many of which appear on his memorial website titled “ZOOM – A Father’s Story.”

Note from Tom –  Bill Chadwick was the first person to enter a page honoring his son Michael on Webhealing’s A Place to Honor Grief.  Since this page was the first of its kind that makes Bill’s tribute to his son the first memorial on the html internet.  Thank you Bill for getting us going.