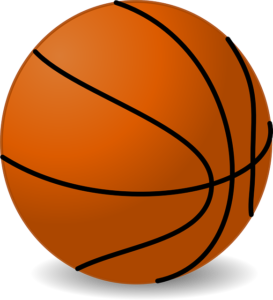 A mom came to see me for therapy worried about her 12 year old son. Since her husband’s death her son played basketball. Lots of basketball. Morning, noon and night!  When she would try to sit down with him and talk about his father’s death he would clam up and shut down.  He didn’t want any part of it.  This worried the mom no end.  We talked about his relationship with his father and it came out that the boy and his dad played a good deal of basketball together.  It was their way to connect.  I encouraged the mom to go home and see if she could play some basketball with her son and watch what happened.

She came back the next week a changed woman.  She said they played some and the son gave her a hard time about not being able to play like his dad. But playing ball made it easier for him to say he missed his dad. In fact it was the first time he had told her he missed his dad and the first conversation they had about his dad’s absence. They both laughed and cried as they played.

She found out something else that helped her to understand her son.  He mentioned to her that the reason he kept practicing was he was trying to make the shot that his father had been encouraging him to make.  He called it a “3 pointer” and it was normally out of his range.  He had always been too small to make it from that distance.  He told his mom with pride that he had made one of those recently and he wanted to make more. He told her that the first time he made the shot he stopped and said aloud “I did it dad” and then burst into tears.  When we talked she realized that his playing ball was connected to his father’s death.  In fact, the boy was using a very common masculine healing technique of using the future.  He wanted to honor his dad by improving his play and making that shot something that was second nature to him. He wanted to do it for his dad.  Can you see how this young man was using the basketball to connect with his father, and to honor his father with his improved play?  He was using his action to honor his dad and this pulled him into the future. Can you also see that when he practiced to make the shot and even more when he did make that shot his memories and emotions surrounding his father would be front and center?

If this mom had simply placed her son in therapy she would never have gotten the closeness she found from that short game of basketball.  As you can imagine, she didn’t really need to see me so much after that nor did her son.  She knew she just needed to play a game of Horse with him and she could enter his safe place.   Think about your own son. Where is his safe place? It may not be basketball, but it likely involves some sort of action or inaction.  To learn more about these places and how they work you might want to get a copy of my newest book, Helping Mothers be Closer to Their Sons: Understanding the Unique World of Boys

Helping Mothers be Closer to Their Sons

Tom's new book Helping Mothers be Closer to Their Sons will be available soon on Amazon. It offers mothers a view into the secrets of their sons ways including his way of handling emotions, his way of getting what he wants, competitions and much more. When we know him, we can love him! Available in Kindle EBook for only $8.95 or in paperback at 11.95.

Tom's book The Way Men Heal is available now on Amazon. It offers a male friendly look into the way men heal. If you have been told you are not dealing with your feelings you need to read this book. Convenient EBook for only $4.99 or in paperback.

Swallowed by a Snake

Swallowed by a Snake: The Gift of the Masculine Side of Healing

is available now on Amazon. It offers a map for men in working with their grief. A detailed look into the masculine side of healing. Available in paperback or kindle. --